Environmental, human rights, and indigenous organizations took to the streets of Quito, Ecuador, on Friday to denounce Chevron's numerous acts of corruption in the ongoing legal battle for justice in what is one of the worst environmental disasters on the planet. 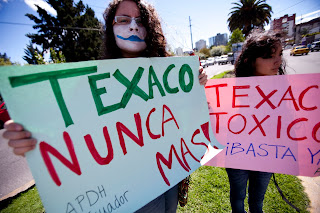 People rallied in front of the office of the Attorney General (Fiscalia General), who is currently investigating two Chevron attorneys for fraud in the 1998 'remediation' of the company’s contamination, along with members of government who signed off on an agreement releasing Texaco of liability. Nearly all of the areas allegedly remediated still show toxic and illegal levels of contamination.

Several supporting civil society organizations delivered a letter to the assistant district attorney calling on the office to resist efforts by Chevron to stall and illegally delay the investigation, as has been its strategy in the ongoing Aguinda v. Chevron litigation underway in the Lago Agrio court system. They also called on the Attorney General to open an investigation into the latest charges of corruption that surfaced when a whistleblower released tape recordings of a Chevron contractor describing how he helped the company “cook evidence” in the trial. 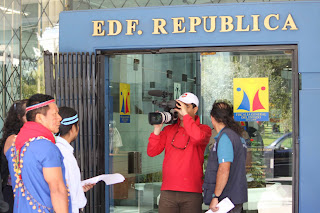 With great concern, we have watched the Chevron/Texaco case delayed year after year, without justice for the thousands of people who have experienced first-hand the disastrous effects of an oil exploration model that was irresponsible and disrespectful to nature and affected communities. We also consider it unacceptable that the legal actions taken by the victims have been undermined by delay tactics, that, far from ethical standards and the law, seek to ensure impunity for those who have done harm to Mother Earth.

Click here to download a PDF of the letter in Spanish along with my sloppy English translation. Click "read the rest..." below to see more photos. 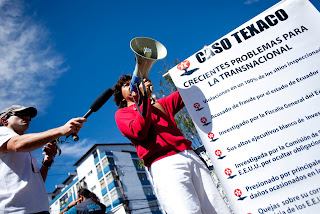 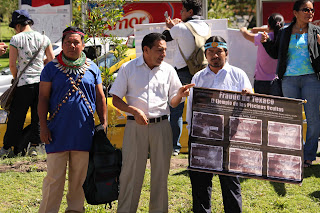 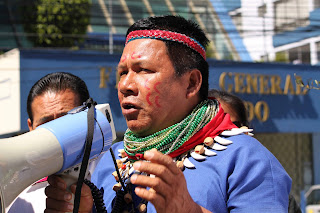 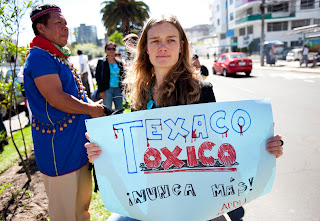