Amazon Watch is supporting the Ecuadorean delegation to the Gulf Coast this week along with our allies at Rainforest Action Network (RAN). RAN's Jon Mcintosh posted a powerful photo essay of our first day out on the Gulf Coast on the Change Chevron blog. I've re-posted the essay in its entirety below:

The Indigenous Ecuadorean leaders are in the Gulf coast to meet with American Indian tribes in the Gulf region and share their experiences coping with decades of Chevron's massive oil contamination in their home. 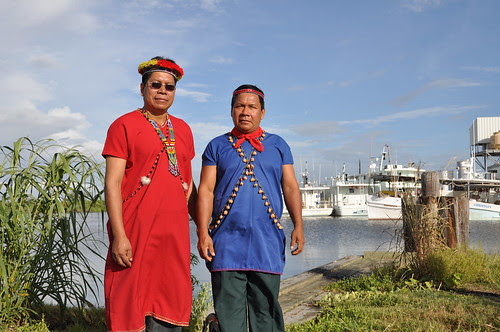 Emergildo Criollo (right) is a leader of the Cofan tribe in Ecuador's Amazon Rainforest. Humberto Piaguaje (left) is the representative of the Secoya people to the Assembly of Delegates of Communities Affected by Chevron/Texaco. 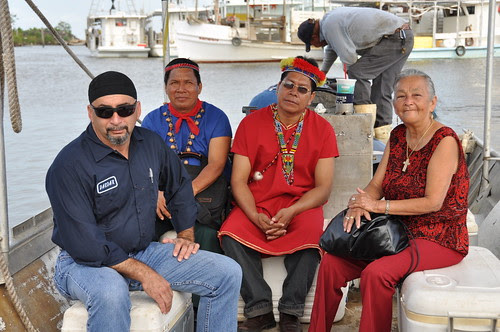 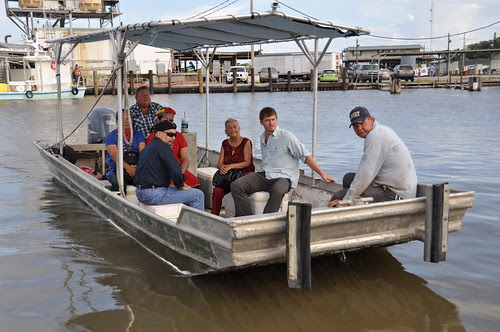 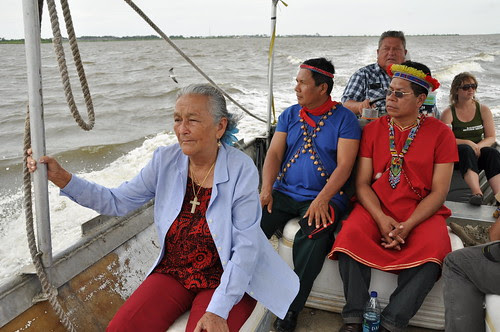 Mariana Jimenez on the boat ride leaving from Port Sulphur heading out to Bay Baptiste. She is a 71-year old grandmother from near Lago Agrio, Ecuador. Her home was soon surrounded by oil spills and contamination. Her husband, who worked for Texaco (now Chevron), and her sister, both died of cancer. 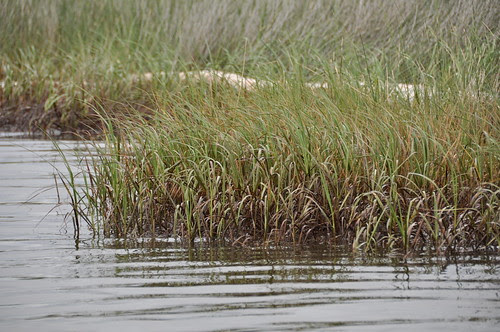 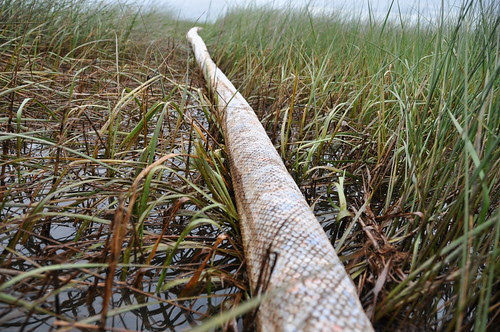 An oil boom laying in the marshland grass with oil on both sides. 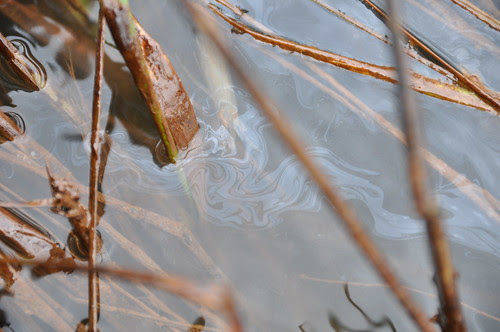 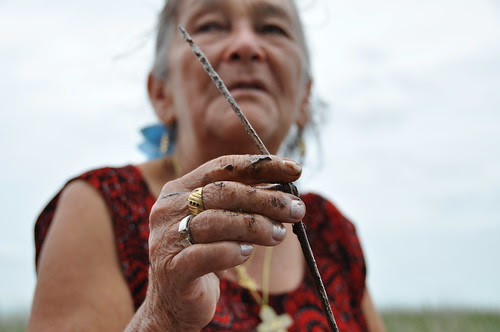 Mariana inspects the oil spill saying the smell and feel of the oil reminds her of the oil contamination left by Chevon (formally Texaco) in her Amazon home. 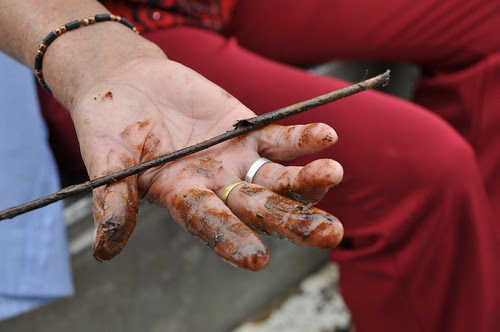 Mariana's oil coated hand after picking a blade of grass from the mash. 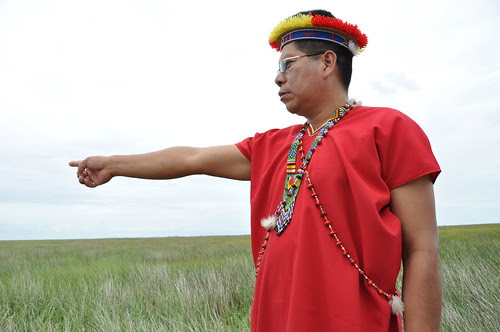 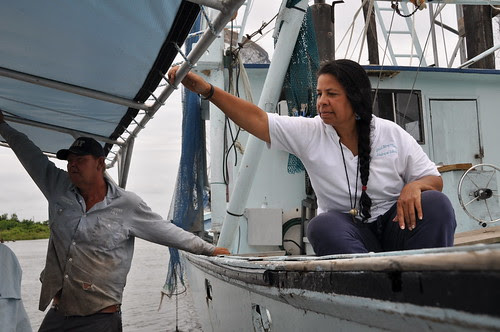 Rosina Phillipe of Grand Bayou village welcomes Ecuadorean leaders to her home on the water. 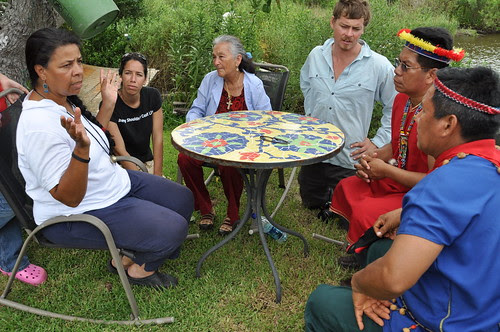 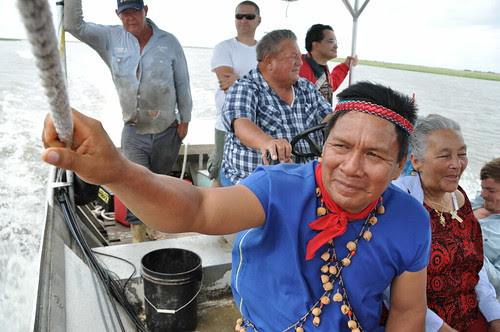