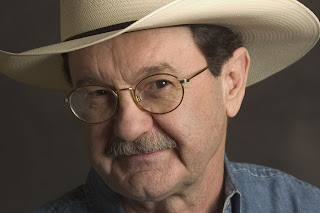 Jim Hightower's commentary on Chevron's operations in Ecuador, as only Jim Hightower can.

Listen to audio of the commentary here

Chevron, the world's second-largest (and second-most profitable) oil giant has been running a carefully-crafted PR campaign telling us what a gentle giant it is. A current TV ad solemnly assures us that oil and the environment are not in conflict – "This is not a liberal or conservative issue," intones an announcer. "It's a human issue."

Imagine the amazement that this claim brings to the poor people living in the once-pristine Amazonian rainforest of Ecuador. For a quarter of a century, Chevron's Texaco subsidiary crudely and willfully contaminated the land, water and people of this region with an oil extraction process so crude, careless, and deadly that it still stands as one of the world's grossest examples of corporate insensitivity. In 1990, having taken its profits, Texaco abandoned the region, removing all of its assets and leaving behind its ruinous toxic stew.

This led the Ecuadorians to file a landmark lawsuit against Chevron/Texaco in both New York City and Houston. Corporate lawyers, however, convinced a U.S. judge that the case should not be heard here, but in Ecuador. In those days, the courts there were notoriously corrupt and corporate-friendly, so, expecting the judicial skids to be greased in its favor, the oil giant happily went to trial in Ecuador. Lo and behold, though, political reform has since swept that country, and Chevron now faces the likelihood of an Ecuadorian judgment of $27 billion in damages.

"The gentle giant" is reacting by roaring that it is being "bullied" by the people it harmed. It is attacking the reputation of Ecuadorian experts and judges and – get this – it has rushed back to the U.S. to beg that courts here now take over the case!

It's time for Chevron to come clean, own up, and pay up. For updates and more information contact www.chevrontoxico.com.