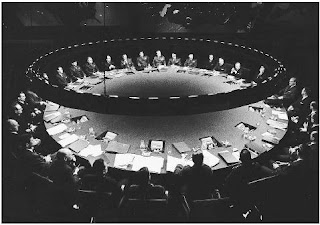 Chevron Hires Another Wave of PR Firms Chevron continues to pull out all the stops in its effort to evade the inevitable justice that will be brought to its boardroom from Ecuador. To try to distort truths and spin reality, Chevron has recently brought on 3 new public relations firms. (I’m personally curious how much Chevron has spent on its PR, lobby, and ad campaigns, versus its renewable energy projects. Let us know.)

I was curious as to who these 3 firms were after reading this press release. I decided to poke around their websites and was not surprised to find a defensive and evasive tone to the descriptions of their services. Take a look below…

Edelman – “The mission of Edelman’s Consumer Brands practice is twofold: To help clients navigate their way through an ever-evolving communications environment where the rules of engagement are changing and consumers are relying more on the opinions of “people like themselves” rather than the more traditional and hierarchical sources of information and authority (such as media, government, corporation and industry experts); and to help them achieve better business/marketing goals through our unique brand of communications.”

This reads like a war room briefing. “The rules of engagement?” Really? It sounds like an engagement strategy doomed to fail. If Chevron’s intention is to transform its image into one that aligns itself with my own opinion they have a long way to go. I would venture to guess that the 5th largest corporation in the world, which has committed as many crimes as it has earned dollars, has little in common with me, or the other 6 billion people on Earth. (Well, minus the dozen or so directors on the board of Chevron. Oh, and Shell too, they’re no angels).

Hostile, fights, activism: all buzz word indicators that a PR firm is going to do its best to spin Chevron as the lowly victim (I know it’s hard not to feel sorry for David O’Reilly’s paltry $34 million compensation last year). Spinning Chevron further away from responsibility and accountability.

Hill & Knowlton – “Effective communication is crucial when defending an organization under attack. It needs to be carried out swiftly, with substance and with relevance to each audience. And it must be managed across geographies, business groups and media. Our global team of issues and crisis management consultants helps to build the defenses needed to withstand attacks, manages crises when they happen and advises on strategies to rehabilitate reputations.”

“Under attack?” Chevron has been attacking communities with oil spills, polluting refineries, open crude pits, and financial backing for repressive governments for decades. I wonder if this is the same firm that fed Dave O’Reilly the “We are being held hostage” line he used in an embarrassing debate with the Sierra Club’s Carl Pope. If you really want to feel like a hostage, go and live in the communities, like Lago Agrio, Ecuador, that have to live with the open pits, polluted water, and other remnants of Chevron Texaco’s disgraceful operations.

The tone employed by these PR firms certainly aligns with Chevron’s continued downward spiral of denial. I’m curious what war room tactic they will be pulling out next.

Luckily the only tactic Ecuadorian communities need rely on is the truth.