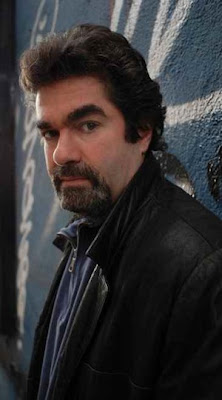 Chevron gets defensive as "Crude" starts filling up theaters.

In the September 9 Reuters news story “Is Chevron Scared of ‘Crude’ The Movie?”, Chevron spokesperson Kent Robertson criticizes the award-winning new film Crude on the day of its theatrical premiere, calling it “long on emotion and short on facts.” Crude director Joe Berlinger responds to the allegations:

“I find Kent Robertson’s comments about Crude to be extremely troubling, given the fact that he has yet to see the film. I have made multiple offers to screen the film for Mr. Robertson and his colleagues at Chevron, and my offers have been declined. Just last week, he told me that the company sees ‘no meaningful value’ in having a private screening, but they would ‘simply wait until the film hits [their] local theatres.’ Since Crude opened in New York on the same day the California-based Mr. Robertson made his comments to Reuters, I would be surprised if he has seen it, which makes me wonder why he is attacking the film.”

“The comment that Crude is ‘short on facts’ is outlandish. The film goes to great lengths to give as much attention to the positions of each of the opposing parties in this landmark case as is possible in a feature length documentary. Stephen Holden of the New York Times – among other prominent critics – specifically cited this quality, saying, ‘rarely have such conflicts been examined with the depth and power of Crude.’ Perhaps the ‘facts’ that Mr. Robertson is referring to are not the talking points that his company has been working so hard to inject into the news cycle in the days leading up to Crude’s release.”

“While Crude attempts to present both sides of the legal case, it concerns me that Mr. Robertson continues to criticize the film’s presentation of the story by obfuscating the accusations against his company. Mr. Robertson told Reuters, ‘If you're seeing fresh oil today ... how can that be the responsibility of a company that stopped operating in 1990?’ The systems and infrastructure that the plaintiffs say dumped billions of gallons of oil and toxic waste products into the Amazon rainforest in Ecuador were designed, built and operated for decades solely by Texaco (which merged with Chevron in 2001), according to the suit. Although the operation was later taken over by PetroEcuador, it is the theory of the plaintiffs’ case that Chevron is responsible not only for the past pollution, but the current pollution as well, because they turned over a faulty system to the current operator. To ignore this would be to miss a key point in the story examined in Crude. While Mr. Robertson is not an attorney, he is surely aware of this major detail in the case against the company, which has now been going on for sixteen years.”

An e-mail from Mr. Berlinger to Mr. Robertson asking him to clarify his comments regarding the film’s omissions has gone unanswered.

Crude is now playing in New York at the IFC Center. The film opens in Los Angeles on September 18, and expands nationwide throughout the fall.