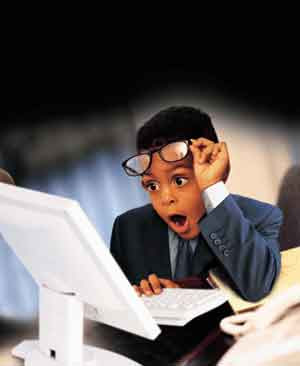 Washington, DC (September 9, 2009) – American businessman Wayne Hansen, who secretly made a video recording which implicates himself and a Chevron contractor in a bribery scheme related to the company’s $27 billion liability in Ecuador, is connected to a consulting firm that lists Chevron as a client and may have his legal fees paid by the oil giant, according to news reports and a spokesperson for the rainforest communities suing the company.

Chevron’s ties to Hansen directly contradict repeated assertions by Chevron lawyers and spokespersons that the company has no relationship to the American businessman, said Karen Hinton, a spokesperson for the indigenous and farmer communities suing the oil company in Ecuador.

“Chevron needs to answer several critical questions to clarify its own role in these events, and it also needs to explain why it has not previously disclosed its connection to Hansen. If this is not the Wayne Hansen who recorded the tapes that Chevron put on YouTube and released widely to the news media, then Chevron should identify who the real Wayne Hansen is,” said Hinton.

Hansen has dropped out of sight since the scandal erupted last Monday when Chevron posted the videos shot by Hansen and a former Chevron contractor, Diego Borja, on YouTube. The videos show Hansen and Borja secretly filming themselves and other persons with hidden cameras discussing a bribery scheme in which Hansen would apparently be the beneficiary of a environmental clean-up contract should Chevron lose the case.

Chevron’s ties to Hansen raise further questions about whether the company in any way facilitated the bribery scheme to undermine the 16-year litigation on the eve of a final judgment, which was expected within weeks, said Hinton. The judge in the trial, Juan Nunez, recused himself last week so Ecuadorian authorities could investigate the matter. He was immediately replaced by a new judge from the same court.

The case is taking place in Ecuador at Chevron’s request after it was initially filed in the U.S. Texaco (now Chevron) is accused in the suit of deliberately dumping more than 18 billion gallons of toxic waste into Amazon waterways when it operated a large oil concession from 1964 to 1990, creating what some experts believe is the worst oil-related contamination on earth. In 2008, a court-appointed Special Master and team of technical experts found damages could be as high as $27.3 billion.

The revelations about Hansen add to a growing list of questions about inaccuracies in the videotapes and inconsistencies between Chevron’s assertions and known facts.

Bloomberg News is reporting that Hansen – who has not been available for questioning -- has apparently hired an American lawyer. Chevron spokesperson Kent Robertson said in the news article that the oil company “is considering” paying his legal fees.

Further, Hansen’s biography obtained on the Internet identifies him as the former Chief Mechanical Engineer and Director of Energy Engineering at RJM Associates, which lists Chevron as a client. The owner of that company, Richard Miller, has longtime ties to Texaco and started his career with the company in 1967 -- coincidentally the same year Texaco dug its first well in Ecuador’s Amazon. Chevron has failed to disclose its connection to Hansen in any of its press materials.

Other key questions remain that only Chevron can answer, Hinton said. These include whether Chevron or any of its officials – including those in its legal office in Quito -- orchestrated the bribery scheme. Ecuadorian authorities are expected to focus on this question as well as the role of Judge Nunez.

• Chevron claims there were two hidden cameras – yet Chevron has released only one video to the media, suggesting the two tapes were spliced together. Chevron has refused to release the second videotape or explain how the tapes were edited.

• Chevron claimed it received the videotapes in early June, yet the fourth meeting – the only meeting where a bribe was discussed – took place on June 15 and emails about the scheme were exchanged by Borja in late June well after Chevron claims it learned of the activities. Chevron’s legal department needs to disclose any contacts Chevron officials had with any participant in the final meeting and whether Chevron officials scripted or in any way influenced that meeting.

• Chevron also has refused to fully explain its relationship to Borja. Chevron has not disclosed how much money it paid to Borja, any other assistance it has given him, when the company first had contact with him, and whether its Ecuadorian legal team directed or otherwise influenced his actions. In its initial press materials, Chevron did not disclose that Borja worked for the company as late as March of this year during the environmental trial in Ecuador.

Andrew Woods, an American legal advisor to the plaintiffs, also said it is clear from the videotapes that Chevron’s contractor Borja taped himself offering a bribe for a remediation contract – a fact which may have violated U.S. criminal laws, including the Foreign Corrupt Practices Act, if indeed Borja was acting on behalf of Chevron or any other American entity.

Lawyers for the Amazonian communities are urging U.S. authorities to fully investigate the facts surrounding the videos given that many of the witnesses from Chevron are in the U.S., and that Chevron itself has continually criticized the Ecuadorian government for being biased against it in the trial and thus would not accept any findings that did not comport with its wishes, said Hinton. Already, Ecuador’s national prosecutor and Judicial Council have launched separate investigations into Chevron’s allegations.

On Saturday, the Los Angeles Times – the largest daily newspaper in Chevron’s home state of California -- published an editorial calling for the company to be included in any investigation of the facts surrounding the bribery scandal. It also concluded it was unclear from the videotapes if Judge Nunez is even implicated, as Chevron also repeatedly claims in its recent press materials.

Lawyers for the plaintiffs said they did not expect the trial to be affected in a significant way by the recusal, particularly since the vast majority of the evidence – including 100% of the evidence used by the Special Master to assess damages – had already been presented to the court before Judge Nunez took over as presiding judge.