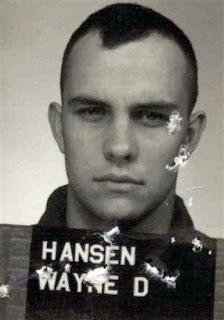 A new Associated Press investigation revealed that the purported environmental remediation specialist, Wayne Douglas Hansen, who secretly filmed meetings meant to catch Ecuadorian officials in acts of corruption has never owned a remediation company—as claimed—nor does he have any relationship with Honeywell Inc. as claimed in one of the videos.

AP reporters interviewed Hansen on the phone earlier this month. When they asked him the name of his company, he refused to answer. He instead described water treatment projects he is working on in Mexico and Ecuador. When the reporters questioned him about details of these projects, he hung up.

The AP investigation also uncovered Hansen’s repeated run-ins with the law, ranging from letting his pit bull go wild on a neighbor’s dog, to conspiring to smuggle 275,000 pounds of marijuana from Colombia into the United States! (He was convicted and served time in federal prison.)

The investigation shatters Chevron’s attempt to portray Hansen as a sincere, concerned citizen who hand delivered the supposed bribery videos out of a sense of civic duty.

A parallel plaintiffs’ report on Hansen was also published today, going into exhaustive detail on the information recently uncovered.

What remains to be uncovered is: one, the extent to which Hansen’s involvement in the video scandal constitutes a federal crime for violating the Foreign Corrupt Practices Act and two, whether Chevron knowingly participated with Hansen in illegal activity to get their hands on a “smoking gun.”