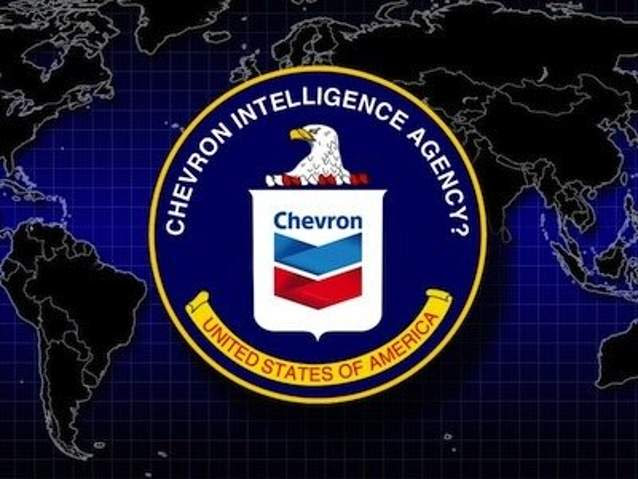 After more than a year and a half of litigation, Chevron has withdrawn subpoenas issued to Google and Yahoo! and agreed to end its efforts to obtain private usage and identity information associated with email accounts belonging to activists, attorneys, journalists and others who have spoken out against the company.

In September 2012, Chevron issued sweeping subpoenas to Google, Yahoo! and Microsoft in connection with its RICO lawsuit in New York against the Ecuadorian villagers and their lawyers who won a $9 billion judgment against the company in Ecuador for massive pollution in the Amazon. The subpoenas sought identity information and nearly a decade of IP login and usage information about the holders of more than 100 email accounts.

ERI, along with the Electronic Frontier Foundation (EFF), represented the owners of 37 email accounts, arguing that the subpoenas infringed their First Amendment rights to speak anonymously and associate freely and appeared to be an effort to intimidate Chevron's critics and chill future speech about the company. None of the individuals represented by ERI and EFF were defendants in the underlying RICO lawsuit.

Magistrate Judge Cousins in the Northern District of California ultimately quashed the Google and Yahoo! subpoenas for all but seven of our clients' email accounts. ERI and EFF appealed the decision on behalf of the remaining seven accounts. Recognizing the First Amendment interests at stake, the Ninth Circuit Court of Appeals ordered Yahoo! and Google not to turn over any information to Chevron about six of the seven remaining accounts until it had time to decide the appeal, but allowed Chevron to obtain limited information about the one remaining account.

In the Northern District of New York, however, Judge Kaplan—the same judge who presided over the RICO trial in the Southern District of New York, sitting by designation—refused to quash the subpoena issued to Microsoft. ERI and EFF appealed the decision, but Judge Kaplan ordered Microsoft to turn over the Hotmail account information immediately, including four accounts owned by clients of ERI and EFF, before the Second Circuit could weigh in on whether the information should have been protected from discovery.

With oral argument approaching in both appeals, Chevron agreed earlier this month to withdraw the Google and Yahoo! subpoenas and drop its pursuit of information about email accounts owned by clients of ERI and EFF. While Chevron's lawyers had already obtained account information for five of our clients' accounts, Chevron agreed that all the information it has obtained so far will be remain confidential and not made public or used in unrelated cases. Chevron did not and will not obtain any information about the owners of the other 32 email accounts represented by ERI and EFF.

The settlement and Chevron's withdrawal of the subpoenas is a victory for the individuals who have fought for more than a year and half to defend their First Amendment rights and protect their private information against Chevron's abusive discovery requests. We are proud to have been able to assist in that fight and to have ultimately succeeded in protecting the rights of more than 30 activists, lawyers, journalists and other brave individuals who stand up to corporate power and speak out against injustice around the world.