Approaching the two-year anniversary of one of Chevron's dirtiest tricks in its 18-year effort to escape responsibility for its oil disaster in Ecuador, shocking emails and a major misstep by a Chevron spokesman threaten to blow the whole affair wide open.

Explosive emails from Wayne Hansen, an American con-man who partnered with a Chevron contractor in an attempt to entrap a judge presiding in the trial over the company's contamination in Ecuador, reveal that Hansen believes he has been "duped" by the oil giant, "left out" of a "deal" offered to his Ecuadorian partner-in-crime, and now fears for his life.

In the weeks after he and an Ecuadorian Chevron contractor named Diego Borja executed their scheme, Hansen writes to his contact at Chevron:

"I have been waiting for your call, you said you would call me. ... It seems that the oil co has cut a deal with Diego and I have not heard a word from anyone but Diego. What am I to think?" 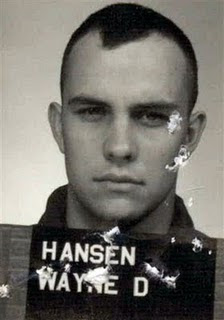 In the summer of 2009, Hansen, a convicted drug trafficker with a history of legal troubles and involvement in crooked schemes, teamed up with Diego Borja, an Ecuadorian with long and deep ties to Chevron and its subsidiary in Ecuador.

Their plan? Use false pretenses to get a meeting with Judge Juan Nuñez, then presiding over the case against Chevron in Ecuador, and concoct a phony "bribery scandal" that would derail the monumental trial, and earn the two gratitude—and a handsome payout—from the deep-pocketed oil giant.

Hansen claimed he owned a remediation company seeking oil pollution clean-up contracts, and Borja went through local contacts to ask the judge to meet with them as a favor, in order to help his "American businessman friend" better understand the complex case.

In the secret video recordings, the judge clearly loses patience with Borja and Hansen's increasingly leading questions. At least a dozen times the judge refuses to say how he will rule in the case, and nowhere in the recordings does the judge accept a bribe, which comes in an awkward offer from faux businessman Hansen to share future profits from clean-up contracts.

The total lack of wrongdoing on Judge Nuñez's part didn't stop Chevron—whose lawyers met with Borja in San Francisco in the midst of their sting operation—from deceitfully proclaiming that it had been alerted to a "bribery scandal" implicating the judge and the Ecuadorian judiciary, posting the videos to youtube and issuing breathless press releases.

The scandal began immediately to unravel upon scrutiny by the media. The New York Times, reporting on the story, wrote, simply, "No bribes were shown in the tapes," and before long, a former friend of Diego Borja's stepped forward with stories of Borja bragging about doing "dirty tricks" for Chevron. The whistleblower even made recordings of Borja admitting to "cooking evidence" in the case for Chevron.

Hansen's explosive emails came to light in an article posted on Friday by legal news outlet Courthouse News, covering the latest from a federal court in San Francisco overseeing attempts to learn more about the sordid Borja-Hansen-Chevron affair.

To defend its judiciary in arbitration proceedings launched by Chevron, the Ecuadorian government hopes to use evidence it has obtained through subpoenas served to Diego Borja and his associates. The indigenous and campesino plaintiffs who won an $18 billion judgment against Chevron for massive contamination of their rainforest communities are also trying to get at the evidence, hoping to defend their legal victory, and show the pattern of Chevron's misconduct in its many attempts to disrupt the trial, and defame the company's opponents.

In July 2009, weeks before Chevron went public with Borja and Hansen's spy videos, Hansen wrote to his mysterious Chevron handler:

"As I can see the window of life coming to a close I will not hold back. I need to hear from a real player with a plan for Wayne [Hansen]. If I do not hear from the oil co. by July 17, 09 I must think I have been left out and I am to do what and think what ... I have been dooped [sic] ... I must go and see Judge Nunez to explain and ask forgiveness as I am sure my life will be in danger a care only to me."

Incredible. Only weeks after helping execute the spy-camera sting against Judge Nuñez, Hansen is ready to ask the judge for his forgiveness, sure that he's been duped, and fearing for his life.

But wait. How did the Courthouse News reporter see these emails, when such communications and documents have been placed under seal by the federal judge?

That seal has been challenged by lawyers for the Ecuadorian plaintiffs, whose own materials have been taken out of context, and spread far and wide by Chevron's PR machine in an attempt to discredit them. But the court has so far been resolute in keeping the potentially damning Borja-Hansen materials sealed and out of view of the public, as the legal battle continues.

As it turns out, the emails were apparently excerpted in a sealed order from the San Francisco-based federal judge, and as detailed in a sworn declaration filed with the court, that confidential document was sent to the Courthouse News reporter by Chevron spokesman Kent Robertson.

What? Why in the world would Chevron send this order—with the explosive emails from con-man Hansen to his Chevron handler—to a reporter?! Well, it seems that Kent Robertson missed the forest for the trees, focusing on a small finding by the judge that he viewed as a victory for Chevron, while overlooking how revealing the emails are about Chevron's sleazy actions. 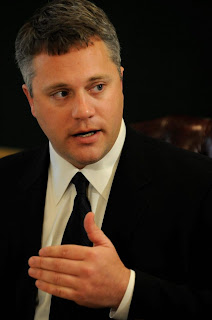 As US-based spokeswoman for the Ecuadorian plaintiffs Karen Hinton told the reporter:

"Chevron's apparent disclosure of sealed court materials is clearly unlawful and potentially punishable by sanctions. This is the latest sad chapter in an ongoing campaign by a big oil company to use unethical litigation tactics to cover-up its environmental crimes in Ecuador that are devastating the lives of thousands of people."

But Kent Robertson's reckless disclosure could mean a lot more than a contempt of court sanction. It could legally mean that Chevron has forfeited any sort of attorney-client privilege it has previously asserted to keep the materials sought by the plaintiffs out of the public view. In fact, lawyers for the plaintiffs have already filed motions asking the court to find, among other things that Kent Robertson's disclosure of the sealed documents essentially waives "attorney-client privilege and other protections or immunities" and asks the court to "dissolve the protective order governing disclosure of Diego Borja's discovery materials."

According to the brief filed by lawyers for the Ecuadorian plaintiffs:

Chevron has violated the express terms of the Protective Order by selectively disclosing material within the Order’s purview in a misguided and futile effort to rescue the company’s image in the face of the mounting evidence that Chevron engineered a judicial entrapment scheme in Ecuador. Chevron abuse of the Protective Order are reason alone for the Court to re- evaluate that Order’s efficacy. The Protective Order should not be a one-way street: if the Ecuadorian Plaintiffs are required to file materials under seal or are restricted as to the persons who can receive such materials, Chevron should not at the same time be permitted to transmit protected materials to journalists and media outlets or post protected materials on Chevron’s corporate website.

The facts surrounding Chevron’s back-room orchestration of a judicial entrapment scheme are monumentally important. But under this Court’s Protective Order, while Chevron picks and chooses at will the sealed documents it shares with the media, highly relevant discovery materials cannot be shared with anyone other than co-counsel and experts, while other documents... are completely shrouded under a Protective Order cloak and must be filed under seal.

In its conclusion, the brief mentions Chevron's payments to Borja, potentially as much as a jaw-dropping $340,000, according to a story in the legal publication The Daily Journal:

Given the extreme gravity of the charges of judicial misconduct raised by Chevron and Borja, the public (in the United States and Ecuador) should have the right to access Court files related to Chevron’s self-described “witness payments” – payments that began after Diego Borja intimated in a recorded conversation that he possessed evidence of Chevron’s litigation misconduct.

Borja told his former friend-turned-whistleblower that he could "immediately go to the other side... I have correspondence that talks about things you cannot even imagine, dude... I can't talk about them here, dude, because I'm afraid, but they're things that can make the [plaintiffs] win this just like that." 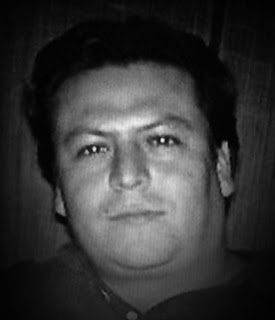 What explosive details remain hidden in the "correspondence" he refers to? How much has Chevron paid Diego Borja to keep quiet? What kind of deal did con-man Wayne Hansen think he had with Chevron when he helped Borja conduct the video-sting operation against Judge Nuñez, to whom Hansen now believes he owes an apology?

Who else at Chevron was in on this scheme? Current General Counsel Hewitt Pate, or Charles James, who was Chevron's GC at the time of the sting operation? Or maybe Chevron's big-gun lawyers at Jones Day, Tim Cullen and Robert Mittelstaedt, at whose San Francisco offices Borja had a meeting in the midst of their scheme?

The emails from Wayne Hansen highlighted in last week's Courthouse News story are shocking enough on their own. But it seems to me that Chevron PR hack Kent Robertson's bone-headed attempt to once again twist and abuse court proceedings to serve the company's dishonest media narrative may backfire in a BIG WAY.

Will this blow wide open the sordid details of Chevron's scandalous efforts to evade accountability for one of the worst environmental disasters in history? We'll be doing our best to see that it does. Stay tuned.