Chevron's "ghostwriting" charge against Ecuadorian villagers and their attorneys, who together have held the oil giant accountable for toxic dumping in the Amazon rainforest, is unraveling.

In the unraveling is a string of "missing" serial numbers on USB drives or flash drives that Chevron's lawyers and forensic experts have failed to produce.

Before I explain, though, let me set the scene.

The Ecuadorian villagers, who two decades ago sued Chevron for intentionally contaminating their ancestral lands in the Amazon rainforest, have obtained a game-changing forensic report that blows apart Chevron's fake narrative that it was the victim of a fraud.

This report, explained by Courthouse News, concluded that Chevron's explosive charge that lawyers for the villagers "ghostwrote" a $9.5 billion Ecuador judgment against Chevron is a crock.

I say "game-changing" because the forensic report -- by J. Christopher Racich, one of the leading experts in the field of computer forensics -- will be used by the villagers in enforcement courts in Canada, Brazil and possibly other countries to prove the judgment is valid and Chevron has been falsifying evidence.

Arrogantly, Chevron has refused to pay the $9.5 billion to clean up its toxic mess, forcing the Ecuadorians to try to seize company assets in other countries. Chevron previously sold off all of its assets in Ecuador to make itself judgment proof even though it insisted the trial be conducted in the courts of the South American country.

This new forensic analysis found that the 188-page Ecuador judgment was written gradually over a four-month period, from October 2010 to February 2011, when the Ecuador court issued the ruling. (See the 20-page report here.) Importantly, the report also found no evidence "that a litigation document was transferred to (the judge's) computers while he was drafting the judgment." (Racich reviewed the hard drives of the two computers used by the Ecuador judge to write the judgment against Chevron.)

After losing the case in its chosen forum of Ecuador, Chevron filed a retaliatory "racketeering" lawsuit against the villagers and their lawyers in the U.S. in a last-ditch attempt to try to block enforcement of the judgment. (See my previous blogs for more details about the history of the case.) This new recent forensic analysis was conducted after that trial for a separate but related arbitration claim filed by Chevron against the Government of Ecuador.

This finding could be the most important one in this seemingly never-ending litigation.

That's because Chevron General Counsel R. Hewitt Pate and his top lawyer, Randy Mastro of the controversial law firm Gibson Dunn & Crutcher (which recently was found by the High Court of England to have falsified evidence in another case), hoped the forensic analysis would corroborate testimony by their discredited witness, Alberto Guerra. 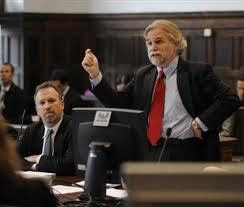 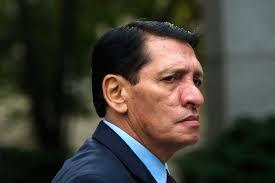 Chevron has paid Guerra an estimated $2 million in cash and benefits and moved him and his family to the U.S., apparently in exchange for his testimony. The former Ecuador judge is an admitted criminal; he testified under oath to taking numerous bribes before he was removed from the bench. See here.

After being coached for 53 straight days by Chevron's lawyers, Guerra testified in a U.S. court that one of the Ecuadorians' lawyers gave the Ecuador judgment to Judge Nicolas Zambrano in late January 2011, just days before the judgment was issued. Racich found no evidence that this occurred.

Meanwhile, neither Chevron nor the arbitration panel hearing the company's claim that it has not been treated fairly in Ecuador's court system has released Chevron's own forensic analysis of the judge's computers conducted by Spencer Lynch of the New York-based digital firm Stroz Friedberg. From various legal motions filed in the arbitration and the Racich report, though, we know this:

Chevron expert Lynch agrees with Racich that no evidence exists that documents having to do with the judgment were transferred to Zambrano's computers during the period of time that he was writing the judgment between October 2010 and February 2011, directly contradicting Guerra's testimony.

However, here is where the plot thickens.

The 32-year-old up and coming Stroz Friedberg examiner, based in London and schooled at Duke University, claims that five USBs he obtained from Guerra were connected to Zambrano's computers.

The only problem is that nothing -- as in zero -- has been found on Guerra's computer that resembles the judgment, even though he testified at one point the judgment was on his computer. (We note that Guerra and Zambrano served on the same court at one time and it would not have been unusual for them to share documents.)

And, finally, the Chevron bombshell:

Lynch did not provide the serial numbers of the five USBs.

Here's what Racich had to say about Lynch's missing serial numbers.


"Because the serial numbers were not recorded by (Chevron's) forensic examiners from Mr. Guerra's original USB devices (a standard and fundamental step during imaging of any Computer equipment), no forensic examiner can conclude with a degree of scientific certainty that the images currently in our possession are of the USB devices that were attached to Mr. Zambrano's computers....

"In a forensic case involving the acquisition of electronic data, it is highly unusual that these serial numbers were not recorded -- Stroz Friedberg recorded them for all other devices they imaged from Mr. Guerra .... Without this information, Mr. Lynch is merely speculating that the USB images taken from Mr. Guerra's USB devices that we have both examined are in fact the same USB devices that were attached to Mr. Zambrano's computers."

During the recent oral argument in the appeal of the "fraud" charges, Judge Richard Wesley of the United States Court of Appeals for the Second Circuit indicated a "dispute" existed among the three judges on whether they could consider the Racich report in the appeal. Significantly, the lower court judge in that extremely problematic case did not have the Racich report.

I realize that sometimes evidence obtained after a trial cannot always be used in an appeal, but we are talking about delaying and possibly denying justice to tens of thousands of Ecuadorians because they could not afford the costs to do the same forensic analysis prior to the "fraud" trial and Chevron could afford to pay a witness up to $2 million.

We also are talking about the reputation of human rights lawyers Steven Donziger* and Pablo Fajardo, who should have a legal path of some sort to clearing their names.

I don't know about you, but I will take the word of a highly-respected American forensic expert with a stellar reputation over a self-confessed corrupt judge who's been paid a king's ransom by an oil company trying to evade responsibility for its contamination.

PS: If Stroz Friedberg sounds familiar to you, it's because that's the firm Chevron lawyer Mastro hired to conduct a forensic analysis of the State of New Jersey's computers, used by Governor Chris Christie and his entourage of political appointees involved in Bridgegate.

Meanwhile, indictments against the Governor's political staff have been handed down by the U.S. Attorney's office.