On April 8th, Amazon Watch released secret videos turned over by a Chevron whistleblower that clearly show company technicians finding extensive oil pollution at well sites in the Amazon that Chevron had previously certified as "remediated". The videos are amazingly damning to Chevron. 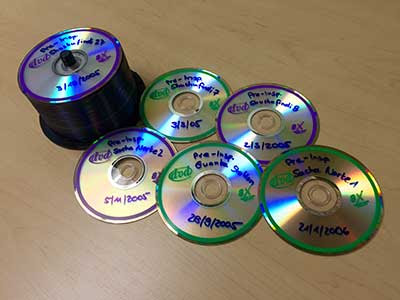 The note along with DVDs said:


"I hope this is useful for you in the trial against Texaco/Chevron!" Signed, "A friend from Chevron."


I have watched these DVDs many times, and as I write this they sit on my desk as a reminder that as Shakespeare wrote, "the truth will out." Even if it needs to out over and over again in Chevron's case. We all knew the toxic waste in Chevron's former well sites in Ecuador was still there – that's why Chevron was found liable by a trial judge and two separate appellate courts. The evidence against Chevron – still there – is overwhelming.


In fact, this article on Huffington Post shows recent samples taken from the area that provide yet another layer of evidence to prove Chevron's guilt. The difference is that this time it is CHEVRON'S OWN VIDEOS saying what everyone else has said for decades – the company is guilty. Thanks, anonymous whistleblower.


I shouldn't really need to say anything more – the videos speak for themselves. Watch them.


However, since Chevron's spokespeople, in their feeble attempts to respond, have lobbed some meatballs over the plate, I may as well smack them out of the park:


CHEVRON LIE: All well sites Chevron/Texaco was "responsible for" were fully remediated.


TRUTH: Chevron/Texaco only pretended to remediate a small portion of the waste pit sites, pushing dirt over top of them, planting some trees and leaving them there while they continued to poison local communities.


PROOF: Chevron's own video (full clip here) shows company consultants lifting toxic waste samples from Shushufindi 21 almost a decade after it was allegedly cleaned. Other sites remain alarmingly toxic to this day and recent reports of that can be found here. These test results from other judicial inspections demonstrate Chevron left toxins at levels many times higher than the legal limits. [Note: Ecuadorian standard at the time for legal levels of contamination was 1000 TPH yet the Texas equivalent standard was only 100.]


Amazonian resident Merla was an eyewitness to Texaco simply pushing dirt over the pits and also says this explicitly in this leaked video. Another Ecuadorian, Rene shows his contaminated water in 2005 where he lived - on top of "remediated" pits from Shushufindi 10.


CHEVRON LIE: Amazon Watch's presentation of the leaked Chevron videos are taken out of context and there's no way to know where they are from.


TRUTH: The raw are available and linked in the main video. They show Chevron employees testing soils before the trial in Ecuador at sites where they believed they had to defend their remediation agreement. Chevron only tested sites that it believed were their responsibility. Chevron's straw man argument is absurd since there's no explanation for finding extensive contamination at any of the sites the company claimed to have remediated.


PROOF: Again, the videos are crystal clear. This one opens with a shot of the map at Shushufindi 21 in case there was any doubt as to its location. This was a well site operated only by Texaco where Chevron claimed a full remediation had taken place. And here frustrated workers find contamination "where it shouldn't be" over and over again.


Oh, and if you're wondering why I didn't include a "Chevron lie" about deliberately dumping the toxic waste in the first place, well that's because they don't even deny doing it!


That ball is "outta here". Walk-off.