Through the Looking Glass in Chevron's Delusional Kangaroo Court 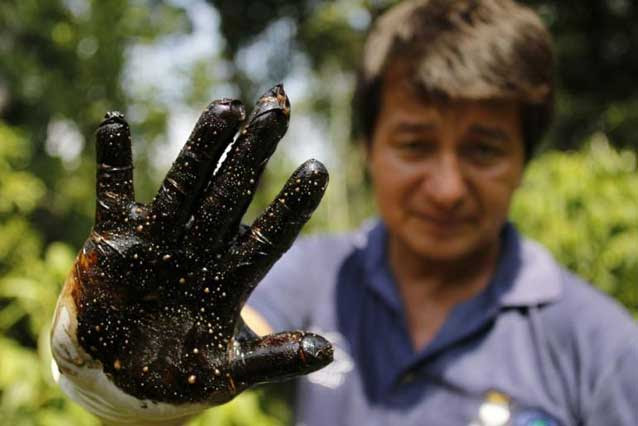 I spent today witness to a circus that bore some passing resemblance to a court of law in New York City. On one side of the room, Chevron's army of lawyers sat snickering as Judge Lewis Kaplan's condescending tone morphed into moments where he actually stood up and questioned the witnesses as if he were completing the legal squad: Gibson, Dunn, Crutcher and Kaplan in cahoots. On the other side, a small team overwhelmingly outgunned – some volunteer – lawyers, human rights activists and Ecuadorian Donald Moncayo, who had never even left Ecuador before.


If you had any doubts as to the assertions that this is nothing but a show trial then today would have blown them all away. Time and again Judge Kaplan stood up and continued questioning witnesses after Chevron's pack of hyenas had presumably finished. With one exception, every objection by Gibson Dunn was sustained and every one by the Ecuadorians' legal team overruled.


Then before breaking for lunch, Judge Kaplan kept everyone in the courtroom to share with us his twisted math skills. In a statement with absolutely no relevance to the matters at hand, he wanted everyone to know that Ecuador's GDP is $84 billion and if Chevron paid the order of $19 billion it would be an influx of over 20% of their GDP (let's ignore for a moment that Chevron wouldn't be paying this money to Ecuador, but rather to over 30,000 private citizens). But he went on: the GDP of the US is about $15 trillion. So were this to happen in the US it would be like receiving $3 trillion – the amount of President Obama's budget. Why is this relevant? Or better yet, why not take it to its logical comparison: If Chevron did in the US what it did in Ecuador it would be like destroying an area of the size of Alabama in the United States.


Try to imagine an Ecuadorian oil company submerging Alabama in toxic wastewater and leaving it there for decades. Then when the people of Alabama successfully sued the company to pay for a cleanup, a random judge in Ecuador declares the verdict invalid and hauls, let's say, Judge "Faplan," author of the Alabama decision, into court in Ecuador and calls him a corrupt liar and says his ruling has no merit. If that seems insane, you're right. And now you're close to understanding the travesty of justice that we are witnessing here.


We've got some bad news for the real Judge Kaplan, though. Just hours after leaving court we learned that the Ecuadorian supreme court issued a final ruling in the actual case in Ecuador, upholding the Zambrano verdict. They did eliminate the previous verdict's "punitive damages" for not apologizing to the affected communities, however, given that this is not explicitly permitted in Ecuadorian law, which cut the judgment down to $9.5 billion.


Now Judge Kaplan has to do his math all over again.