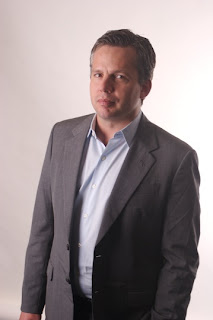 Early last week, I wrote here for the first time about a bombshell article in The Atlantic by a reporter who disclosed how Chevron attempted to recruit her to spy for her in Ecuador. Corporate espionage? Not really. Just one more facet of its treacherous campaign to undermine efforts by indigenous people and poor farmers in Ecuador to hold the oil giant responsible for massive oil contamination in Ecuador's Amazon rainforest region.

Chevron has added international "risk consulting" firm Kroll, Inc. to the long list of hired guns trying to help Chevron in this nefarious enterprise. According to the article, 'A Spy in the Jungle' by freelance writer Mary Cuddehe, a Kroll recruiter named Sam invited Mary to join him "for a long weekend at a luxury hotel in Bogotá," all-expenses-paid. After going over the case from Chevron's self-serving perspective, Sam proposed a very lucrative short-term gig. Mary would pose as a journalist – easy enough – while digging up dirt on the plaintiffs who continue to suffer and die as a result of Chevron's poisoning of their environment.

In the end, Mary decides she wants no part of the sordid plan. She writes:

Despite my curiosity, I knew I had to say no. If I'm ever going to answer those questions, it will have to be in my role as a journalist, not as a corporate spy.

Mary does the right thing, exposing the plan in The Atlantic, and helping to highlight the underhanded tactics Chevron is employing in Ecuador. She also artfully divulges a handful of clues so that any google-savvy reader can figure out exactly who this mysterious Kroll operative named 'Sam' is.

In an article (whose title I stole for this post) on The Chevron Pit today, it is revealed that the recruiter is Sam Anson, Kroll's Managing Director for Latin America & the Caribbean.

The Cuddehe article described "Sam" as a former free lance writer reporting on race and hip hop… a former American journalist… someone in his mid-40s… who carries himself with "the ease that comes with professional achievement". He was also described as a Kroll operative working for Chevron.

Well, that seems to fit Sam Anson neatly. A former reporter before going over to the dark side (check out a Vibe magazine article written by "Sam Anson" on race and hip hop here, and Anson's LinkedIn profile lists him as a former "investigative reporter" for various publications), Anson has a long history with Kroll. He has been with the company for a decade, moving from Managing Director of the company's Los Angeles unit to his current position – at least according to his LinkedIn profile. But we can't give you a link for that – Anson deleted it sometime last week after the article appeared. (You can still catch a glimpse on Google's Cache, if you hurry…) And a simple Google search of his name gives us a bunch of pictures of Mr. Anson (which we've conveniently pasted into this blog), and a bunch of articles (here and here) citing Anson as Kroll's Managing Director for Latin America & the Caribbean. 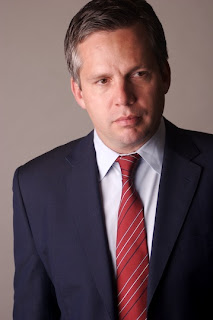 Unfortunately, Sam Anson [pictured, above and at right] and his bosses at Kroll are on a long list of lobbyists, PR spinmasters, corporate law firms, and other power-brokers making a pretty penny trying to help Chevron escape liability for one of the largest man-made environmental disasters in history.

Call it a hunch but Sam Anson seems like the kind of guy who probably googles himself once or ten times a week so hopefully he'll find this article soon enough.

And, Sam (hi!), if you have indeed found this, and read this much, well, thanks for entertaining a new perspective. No more insults from me-- just an invitation. It's not too late, Sam. You can come back from the dark side.

I understand that paying the bills on a freelance writer's salary must have been tough. But using what sounds in Mary's article like a decent combo of smarts and charm to help Chevron f*ck over tens of thousands of people in Ecuador just ain't the way to go. And deep down, I'm sure you know it.