"Scientists ... involved in developing public health and environmental protections recognize we do not need (and we almost never obtain) proof beyond a reasonable doubt. Waiting for absolute certainty is a recipe for failure: People will die, and the environment will be damaged if we wait for absolute proof ... Out of all scientific uncertainties, few are more complex than understanding the causes of human disease. Scientists cannot feed toxic chemicals to humans to see what dose causes cancer."

This is how Dr. David Michaels, a leading epidemiologist and former U.S. government scientist, begins a chapter in his seminal and groundbreaking book, Doubt Is Their Product.

The book describes in depressing detail how industries, their scientists, corporate lawyers and large PR firms have "shaped and skewed" science to create doubt about the dangers of chemicals and other toxins industries produce.

The chapter is aptly named: "Tricks of the Trade: How Mercenary Scientists Mislead You."

Michaels published his book in 2008 three years before an Ecuador court awarded a group of Ecuadorian villagers $9.5 billion in damages, resulting from Chevron's intentional contamination of the Amazon rainforest. The oil giant admitted to substandard drilling practices by dumping 16 billion gallons of untreated, toxic "formation water" into waterways relied on by the local population for drinking water as well as building over 900 huge unlined pits to serve as permanent storage for pure crude and water laced with known carcinogens, such as benzene and cadmium.

Since losing the Ecuador trial, Chevron has been trying to discredit the judgment through a series of retaliatory lawsuits in the U.S. Along the way, Chevron has been plying its own special "tricks of the trade" with America's judiciary and the news media – tricks that noted U.S. experts have called "fundamentally flawed" and "grossly exaggerated."

Chevron's goal has been to create doubt about the contamination's impact, arguing no proof exists that its oil and its operations harmed the environment or an Ecuadorian villager ever, even though Chevron's predecessor Texaco explored for oil exclusively in the concession area and was the only operator of all of the well sites from 1964 to 1990.

Let me repeat. During that 26-year-period – according to Chevron and its scientists – the company's admittedly substandard drilling practices did nothing to harm the environment or one single person.

This is part of their "proof": Chevron argued that Mother Nature had "weathered" the oil so much it was harmless and, as a result, no cleanup was needed. Problem is Chevron cheated on its weathering test. The oil giant's scientists found weathering – or degradation of oil – even in fresh oil. Chevron's inaccurate use of the test, USEPA Method 8014, "grossly exaggerated the magnitude of weathering." (See more of Chevron's "tricks of the trade" below.)

With its high-priced attorneys, scientists and academics, Chevron has bamboozled one activist U.S. judge and some legal reporters into believing that to prove causation of death and disease the villagers must all but exhume dead bodies and examine them until finding drops of oil inside with the Texaco brand.

Nothing less is good enough, they argue. But such nonsense has never been the standard of proof in a court of law for damages.

American Lawyer's Michael Goldhaber and Businessweek's Paul Barrett have twisted the legal standard of causation in their individual books about the lawsuit, holding the Ecuadorians to a much higher standard than they would face even in U.S. courts, which have a long history of rejecting industry demands of absolute certainty.

As Michaels points out in his book, it is scientifically impossible to prove direct causation of a health problem with absolute certainty. Making that the standard would allow Chevron and indeed the entire oil industry off the hook for every health problem they cause.

But, that hasn't stopped cancer victims and the U.S. government from winning damages for health impacts from tobacco and chemical companies. And, it didn't stop the Ecuadorians in their historic case. Academic studies (here and here) have been conducted that show the closer the villagers live to the oil sites, the higher the rates of cancer among them. Uterine cancer victim Rosana Sisalima with her granddaughter are shown here at their San Carlos home in 2004 near Chevron's well sites. Rosana succumbed to cancer in 2006. (Photo by Lou Dematteis/Redux) 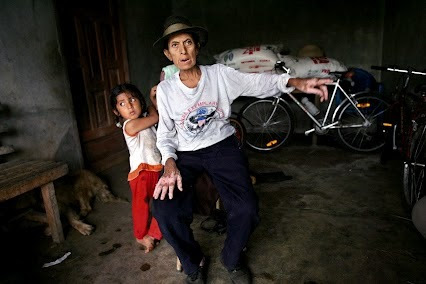 Despite Chevron's efforts to discredit the studies, [scientists from across the world criticized those efforts; see here], the Ecuador courts accepted the evidence and ruled accordingly. In fact, three layers of courts in Ecuador – a total of nine judges, including a five-judge panel from the country's highest court - found against Chevron on precisely this legal theory.

Yet Chevron's manipulation of the evidence continues in collateral legal proceedings where Chevron hopes to discredit the Ecuador judgment and evade paying for a clean up. The oil giant's scientists, led by Dr. Sarah McMillan, are helping the company in this regard. (See here and here.)

But Chevron's antics are being more and more exposed.

Dr. Jeffrey Short, recently retired from a 31-year career as a research chemist at the U.S. National Oceanic and Atmospheric Administration, reviewed the reports of Chevron's scientists from the Ecuador case and shot holes all through them. So did Dr. Edwin Theriot, the former director of environmental programs for the U.S Corps of Engineers, no bastion of liberal-leaning environmentalism.

Dr. Short, whose report was commissioned by Ecuador's government, concluded that findings by Chevron's scientists – one of whom I know has been paid millions for his work over the years – are based on "fundamentally flawed," "grossly exaggerated," and "fundamentally inappropriate" testing methods. (See page 3.)

He wrote of Chevron's scientists: "(Their) bias toward underestimating the amount of residual crude oil in a field sample ... is well understood by Chevron's own experts."

In other words, Chevron's experts know their evidence is bullshit.

It's manufactured science – the kind Michaels warned us about – designed to produce doubt and create uncertainty, even when it's right before your very eyes. 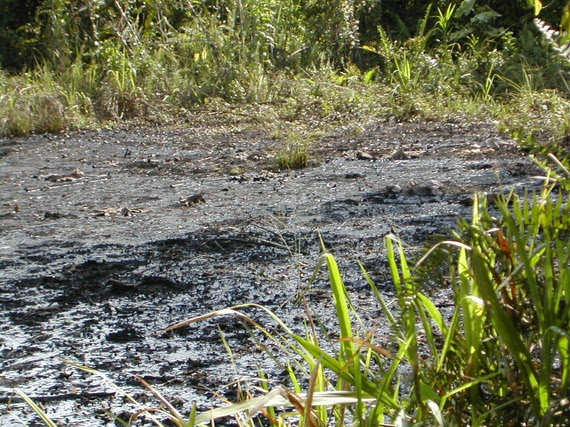 Chevron's Tricks of the Trade:

For a scientific explanation of these testing methods, see Dr. Jeffrey Short's study. 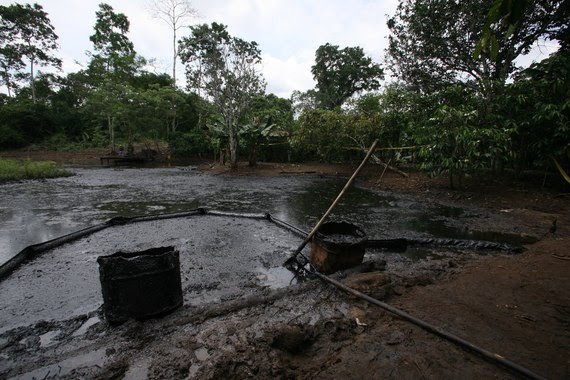