When Might = Right: How Chevron Got Out of a $19 Billion Lawsuit*

* An excellent analysis of Chevron's tactics, although the company is still liable for $9.5 billion, despite its unethical actions. 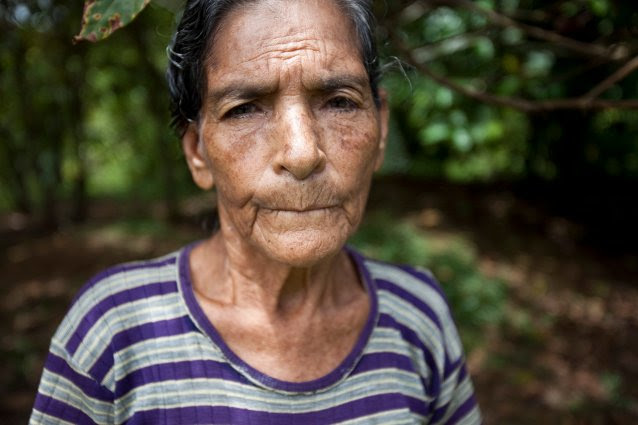 Four years on from the disastrous Deepwater Horizon oil spill in the Gulf Coast, in which approximately 210 million barrels of oil leaked into the ocean just off the coast of Louisiana, BP has been forced into spending over $26 billion on compensation and cleanup. Texaco (now under the banner of Chevron) was found guilty of dumping 18 billion gallons of toxic waste in the previously pristine Amazon rainforest (the event is colloquially called "Rainforest Chernobyl"), but has yet to pay anything to its many victims.

Why the massive difference in outcome between these two cases of gross corporate malfeasance? For one, BP's oil spill directly affected the most powerful country in the world, and the oil company thus had little choice but to comply with the United States' demands. Chevron's dumping, although deliberate and thus even more egregious than BP's negligence, took place in the small country of Ecuador, which has clashed repeatedly with the United States on issues from Snowden to free trade.

The second, subtler, reason that Chevron has so far been able to weasel out of paying any compensation, though, stems from the fact that the company is revolutionizing the way corporations wage war against activists. Chevron has put an unprecedented amount of resources into its campaign against the Ecuadorian villagers, hiring more than 60 law firms and 2,000 legal professionals to wage a war of attrition, wearing the plaintiffs down through countersuits and flooding them with a constant barrage of paperwork. Indeed, even the lead attorney for the villagers, Steven Donziger, has admitted that Chevron has mounted "the most well-funded corporate retaliation campaign in history."

First, though, some history. The mostly indigenous villagers' search for compensation is rooted in the actions of Texaco in Ecuador between 1964 and 1990. Alongside the state-owned Petroecuador oil company, Texaco dumped millions of gallons of crude oil and billions of toxic wastewater into open pits around Lago Agrio, in Ecuador's Sucumbíos province. Some tests of this waste found extremely high levels of polycyclic aromatic hydrocarbons (up to 3 times what would be legally permitted in the US), which are thought to cause cancer. Indeed, abnormal cancer rates and birth defects are prevalent among Sucumbíos residents, with some health researchers suggesting a clear link to the oil fields of the past. Chevron, for its part, claims that the high rate of illness is simply due to insufficient sanitation.

The villagers' first shot at obtaining some form of compensation came in 1993, when Donziger and several other lawyers sued Texaco in New York. After eight years of legal wrangling, Chevron (having bought Texaco in 2001) finally succeeded in having the case dismissed on grounds that the proper venue was Ecuador and not the United States. The plaintiffs accordingly launched a lawsuit through the Ecuadorian legal system, which they eventually won when Judge Nicolàs Zambrano Lozada awarded the villagers $19 billion in damages (reduced to $9.5 billion on appeal).

Faced with the Judge's decision, Chevron changed tactics. Having once claimed that the trial needed to take place in Ecuador, the oil company now claims that the Ecuadorian legal system is too corrupt to hand down a legitimate decision. Not only did Chevron refuse to pay the damages it owes to the Ecuadorians, but also it launched a countersuit against the villagers themselves in the United States. Claiming that the Ecuador judgment is "a product of fraud" the company accused the plaintiffs of unfairly targeting the oil company for its deep pockets. On March 4th, New York District Court Judge Lewis Kaplan ruled that Donziger and his associates were guilty of violating the Racketeer Influenced and Corrupt Organizations Act (RICO), a piece of legislation traditionally aimed at mafia bosses.

The ruling largely hinged on the testimony of Chevron's star witness, former Ecuadorian Judge Alberto Guerra, who claims to have taken bribes from Donziger's team to tilt the ruling in their favour. Donziger's side of the story is that he met with Guerra but immediately left when the Judge summarily asked for money. Since Guerra has admitted that he viewed his judicial career as an "opportunity to harvest illegal payments to fix cases", Donziger's version of the story does seem to hold water. The disgraced Ecuadorian Judge has also confessed to receiving $48,000 in cash from Chevron as payment for his cooperation and testimony. Chevron is also paying for Guerra's resettlement with his family in the United States to the tune of $12,000 per month, as well as paying for his car, house, legal fees and health insurance.

The legal battle between Chevron and Ecuador now spans more than two decades and, while allegations of unethical behaviour abound, Chevron has yet to pay anything close to due compensation to the victims of Texaco's pollution. In this sense, they have won so far. What is perhaps most worrying in this affair, though, is what the legal techniques the corporation has employed mean for the future of activists everywhere.

In successfully suing the victims of its own pollution under the RICO act, Chevron may be setting a dangerous legal precedent, sending a powerful message to any lawyer or villager foolish enough to go up against the oil giant. Ironically, Chevron's use of legislation meant to combat organized crime makes the company look increasingly like the mob itself. 'Dare to challenge us, and we will bury you under a mountain of legal fees', Chevron seems to be saying. Indeed, in Nigeria as well, the company is suing villagers who "don't even have access to clean drinking water" for $500,000.

Any battle between activists and corporations is asymmetrical from the start. With companies like Chevron countersuing under RICO, however, cases become a real David and Goliath affair, where the system itself is perversely stacked against those that have fewer means to make their voice heard. One can only hope that Chevron's abuses can illuminate the need for change so that justice can truly be served, for the villagers in Ecuador and the underprivileged everywhere.