Could Hell Be Starting to Freeze Over in Canada? 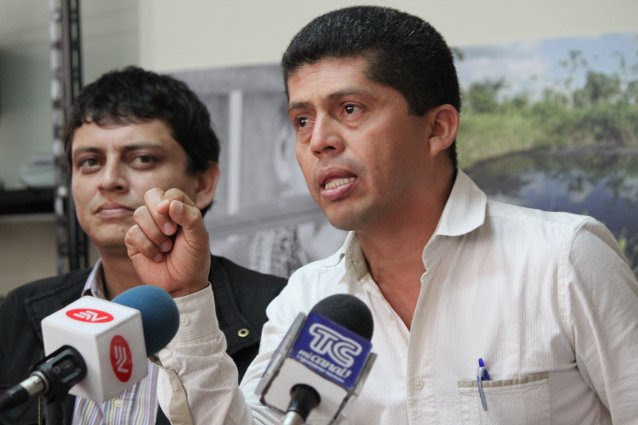 
"Even before the Ecuadorian judgment was released, Chevron...said:
'We're going to fight this until hell freezes over. And then we'll fight it out on the ice.' Chevron's wish is granted."
– Justice James MacPherson, in today's decision.


Today the communities affected by Chevron's contamination in Ecuador achieved another victory in their epic battle for justice when an Ontario appeals court ruled they have the right to pursue enforcement of a $9.5 billion Ecuadorian court judgment against Chevron's estimated $15 billion in assets in Canada.


Amazon Watch attended the press conference in Ecuador this morning where Pablo Fajardo, lead lawyer for the communities along with other representatives, responded to the news.


"This order will allow us the opportunity to hold Chevron accountable for fleeing the scene of its environmental crimes in Ecuador after a valid judgment was entered against it," said Fajardo.


This decision is a major blow against Chevron and offers the potential for the Ecuadorian plaintiffs to achieve total victory over Chevron as its assets in Canada well exceed the $9.5 billion owed. Furthermore, within the court's decision was a jabbing comment aimed at Chevron's bogus RICO action in the US: "For 20 years, Chevron has contested the legal proceedings of every court involved in this litigation – in the United States, Ecuador, and Canada. Chevron even sought, and briefly obtained, a global injunction against enforcement of the Ecuador judgment."


As we have written several times here, Chevron's trumped-up RICO action, based entirely on the testimony of a corrupt judge who was paid $326k by Chevron, is its latest attempt to prevent enforcement and potentially influence other national courts to rule against the Ecuadorian plaintiffs. Canada's decision sends a clear message that peddling Judge Kaplan's verdict (expected to rule against the Ecuadorian plaintiffs) will hold no water in Canada.


Most terrifying for Chevron is likely this statement from the panel: "the Ecuadorian plaintiffs should have an opportunity to attempt to enforce the Ecuadorian judgment in a court where Chevron will have to respond on the merits." There's nothing worse for Chevron then having an authority review the actual facts of their deliberate acts of pollution over decades in the Ecuadorian Amazon.