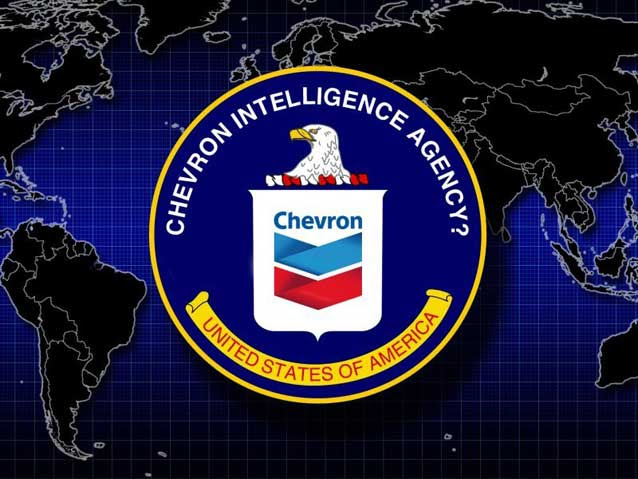 
Last week, Magistrate Judge Cousins issued a long awaited decision on the validity of Chevron’s subpoenas issued to Google and Yahoo! in connection with its lawsuit in New York over an $18 billion judgment against the company in Ecuador. The Judge quashed the subpoenas for the majority of ERI and EFF’s clients and narrowed the scope of the subpoenas for the remaining account holders. Although a victory for many of our clients, the decision threatens to set dangerous precedent in the area of First Amendment rights and Internet privacy.

The subpoenas issued to Google and Yahoo! seek IP usage records and identity information for the holders of nearly 70 email accounts that belong to environmental activists, journalists and attorneys, among others, who have spoken out against the company and its legacy of pollution in the Amazon. Chevron demanded the IP address for every login over a more than nine-year period. Access to IP usage information over such a broad period of time would allow Chevron to track the account holders’ movements over almost a decade. It would also give the company insight into who they have met with, where they have worked, traveled, and other personal information.

ERI and EFF argued that the subpoenas infringed the First Amendment rights of the account holders to speak anonymously and to associate freely. But the Judge held that the account holders "vastly overestimate the amount of legal protection accorded to the subscriber and usage information associated with their email addresses."

Despite well-established case law recognizing the right to anonymous speech on the Internet, the Judge held that online speakers forever waive their right to anonymity simply by using an email address. As he explained:

Although [email users] may believe that their email addresses will protect their identities, that belief is simply not reflected in the reality of the world we live in. Email addresses are labels we voluntarily present to the outside world, through which we allow the world to contact us, and in that way identify us.

The Judge cited the privacy policies of Google and Yahoo! Yahoo’s policy, for example, states that when you sign up for Yahoo! and "sign in to our services, you are not anonymous to us." The court emphasized that by signing up to use email service, the account holders chose to provide their personal identifying information and that "[t]his voluntary production to a third party eviscerates any subjective expectation of privacy the Doe movants might harbor." While it is true that email users their information to the ISPs – a necessary prerequisite to obtaining the ability to use email at all – it is simply not true that in doing so they voluntarily opted to allow Chevron, or anyone else, to obtain that same information.

Even more troubling, the decision would reward Chevron for issuing an abusively overbroad subpoena. The Judge held that because Chevron’s subpoena is so broad that it includes account holders that are "in no way affiliated with this litigation" this somehow "undercuts" the First Amendment rights of association of everyone else.

The Judge ultimately quashed the subpoenas for many individuals and narrowed it for others after concluding that subpoenas were not limited to information relevant to Chevron’s claims in the underlying suit.

Judge Cousins’s ruling on the First Amendment stands in stark contrast to his earlier ruling this year quashing two sweeping subpoenas issued by Chevron to Amazon Watch after finding the subpoenas would violate the advocacy organization’s First Amendment Rights.

This decision also comes on the heels of Judge Kaplan’s ruling denying a motion to quash a similar subpoena issued to Microsoft, which ERI and EFF have appealed to the Second Circuit Court of Appeals.

ERI and EFF plan to move for reconsideration of the decision on the Google and Yahoo subpoenas before District Court Judge Breyer. Depending on the outcome of that motion, the account holders will have an opportunity to appeal the decision to the Ninth Circuit Court of Appeals.