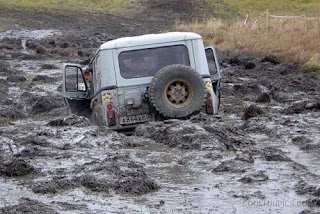 Last week Chevron’s attempt to ambush the $27 billion environmental lawsuit in Ecuador with a pre-packaged spy scandal came even further undone with revelations that “American businessman” Wayne Hansen—who presented himself as a environmental remediation executive and secretly filmed meetings with the Ecuadorian judge then hearing the case—in fact has no work history in remediation, but rather has a long history of legal troubles, including a felony conviction for conspiring to traffic 275,000 pounds of marijuana from Colombia into the United States.

But for Chevron, the past doesn’t seem to matter.

In a Bloomberg article today Chevron spokesperson Don Campbell tried to do a little damage control after last week’s headlines (e.g.: in the New York Times: “Revelation Undermines Chevron Case in Ecuador”) by saying simply: “The content of the tapes is what’s really egregious here.”

Interesting. Indeed, I think all would agree on that point, seeing as how the content of the tapes clearly shows Wayne Hansen and former Chevron contractor Diego Borja lying and repeatedly and ultimately unsuccessfully seeking to entrap Judge Juan Nuñez in what appears to be a slipshod and illegal attempt at a sting operation.

Thomas F. Cullen Jr., a senior partner at Jones Day and outside counsel for Chevron, said this to a Washinton Post reporter last week:

So Chevron’s Cullen does not deny that they would try to set up a sting operation, only that they would not go out of their way to hire a guy like Hansen. All Chevron denies here is not having recruited Hansen and Borja. Now that should be reassuring for Chevron’s investors.

But, let’s say that Chevron did not recruit Borja or Hansen. The only real alternative scenario is that Chevron—desperate to discredit the judicial process in Ecuador—took the money and ran, so to speak, when Hansen and Borja knocked on their door with spy videos that only prove how shoddy Hansen and Borja are as spies.

Someone needs to hand Chevron a shovel quick; every time they move, they only sink a little bit deeper in the muck of their own epic mess.